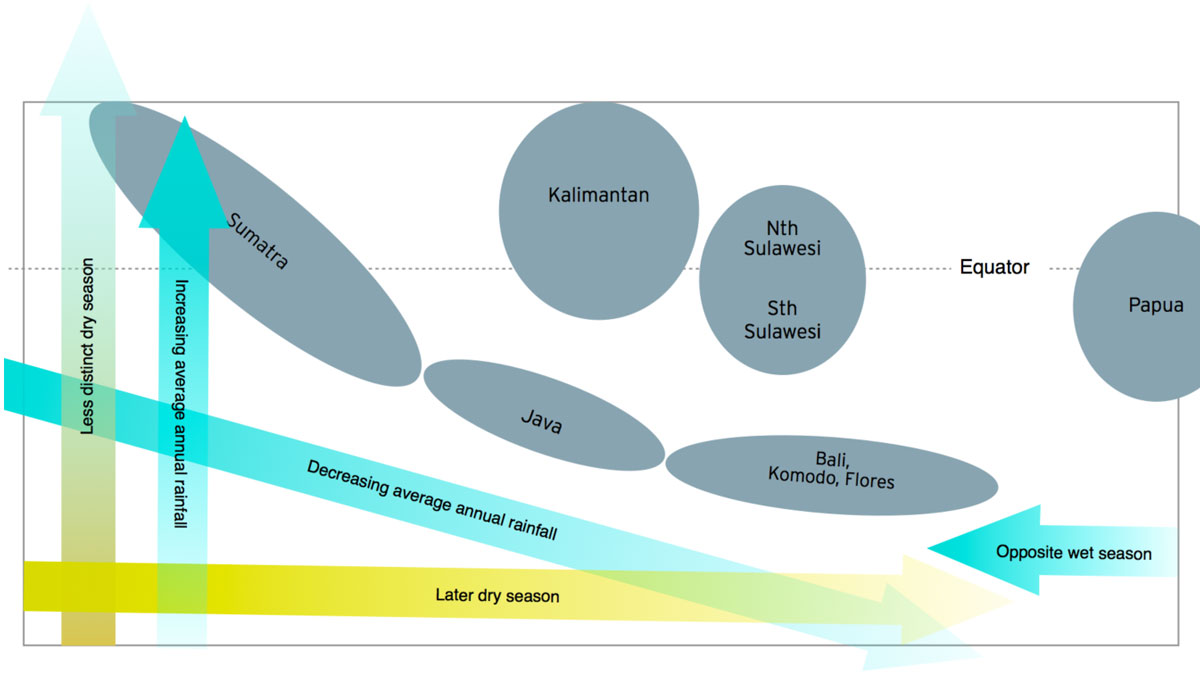 There isn't any time of year that's bad to visit Indonesia but the weather systems do vary significantly from place to place. Knowing the climate, sometimes, can be essential to picking the right place to go.

Overall, climate across Indonesia is driest and least humid from about June to August, when most tourists travel to Bali. Shoulder periods (Apr-May and Sep-Oct) are popular for escaping crowds.

Annual rainfall decreases further southeast. The west (Sumatra & Java) are more influenced by monsoon than the east (Lesser Sundas, Bali) where it tends to be quite dry, even in the ‘wet’ season. The closer you go to the equator (North Sulawesi, Sumatra, Kalimantan), the less distinction between the seasons and the higher the overall rainfall.

This means that even in the warmest and most humid islands, such as Sumatra, a lot of highland experiences are comfortable and even during the most humid months, travel is possible and comfortable if you choose the right destination.

Temperatures are consistently in the high 20s to low-30s degrees celsius. Rainfall is most frequent from October to March, except east of the Moluccas, including West Papua where it’s opposite, from about mid-June to September.