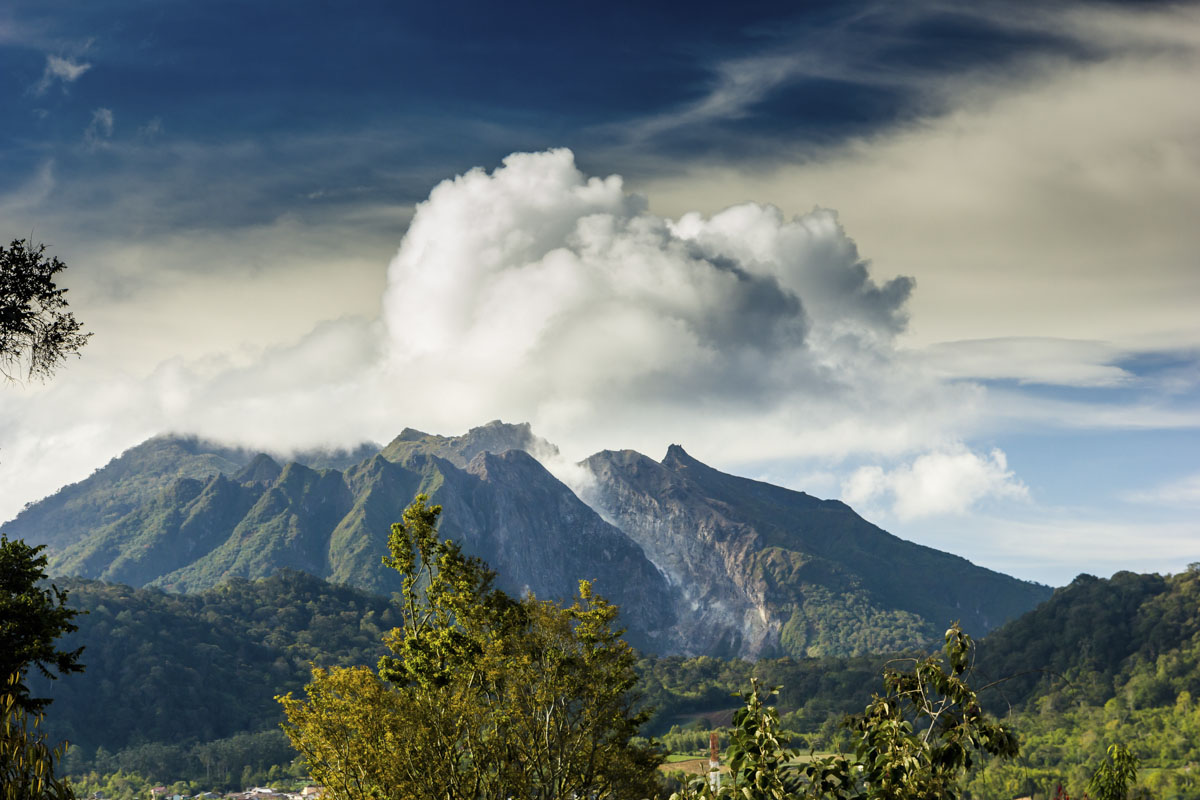 The largest island in Indonesia, Sumatra is a destination in its own right.  Tigers and Rhinos (both almost impossible to see in the wild) still exist in Way Kambas National Park where you can go tracking with rangers. Sumatra is a haven for trekking, leisurely white-water rafting and cultural tours in the highlands. It's famous for Orangutans (the Sumatran species are endemic) and for the glorious Lake Toba.

Sumatra is located just north west of Jakarta. The northern half of the island lies parallel to Malaysia and the Nicobar Islands, just off its northern tip, are part of India! Getting to Sumatra is usually either via Medan (in the north) or for the national parks in the south, a very short hop from Jakarta to Lampung.

The traditional architecture. Batak Toba culture centres on Lake Toba and the sacred island of Samosir. While the groups are now Muslim or Christian, elements of the ancient religion remain, particularly amongst the Karo. 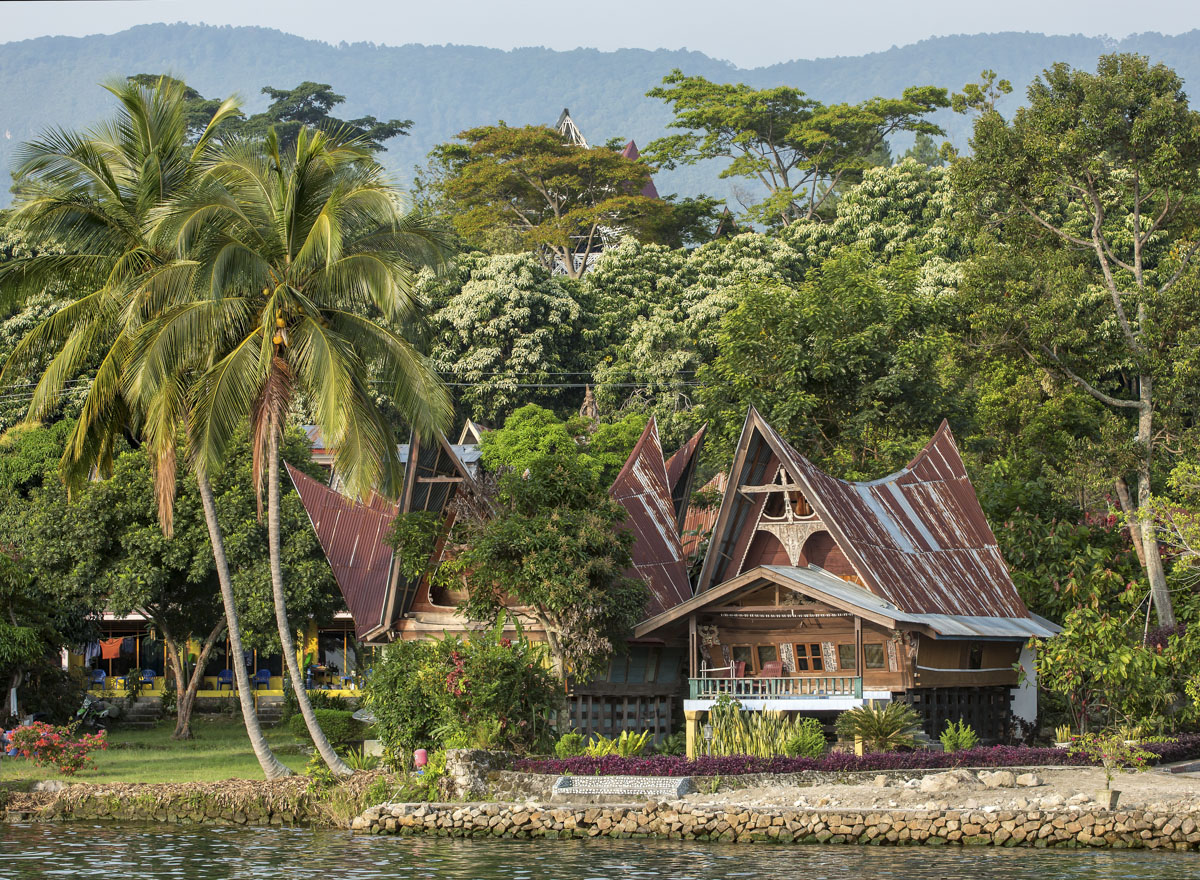 In the central highlands of Sumatra is the famous tourism destination of Lake Toba. At 900m above sea level, Lake Toba has a relatively cool climate, spectacular scenery and fascinating culture. At 110 km long and nearly 600m deep, it has a sacred volcanic island in its centre. Toba is the site of the largest known eruption on Earth in the last million years. About 75,000 years ago, it is estimated the eruption created 2,800 cubic kilometres of ash. 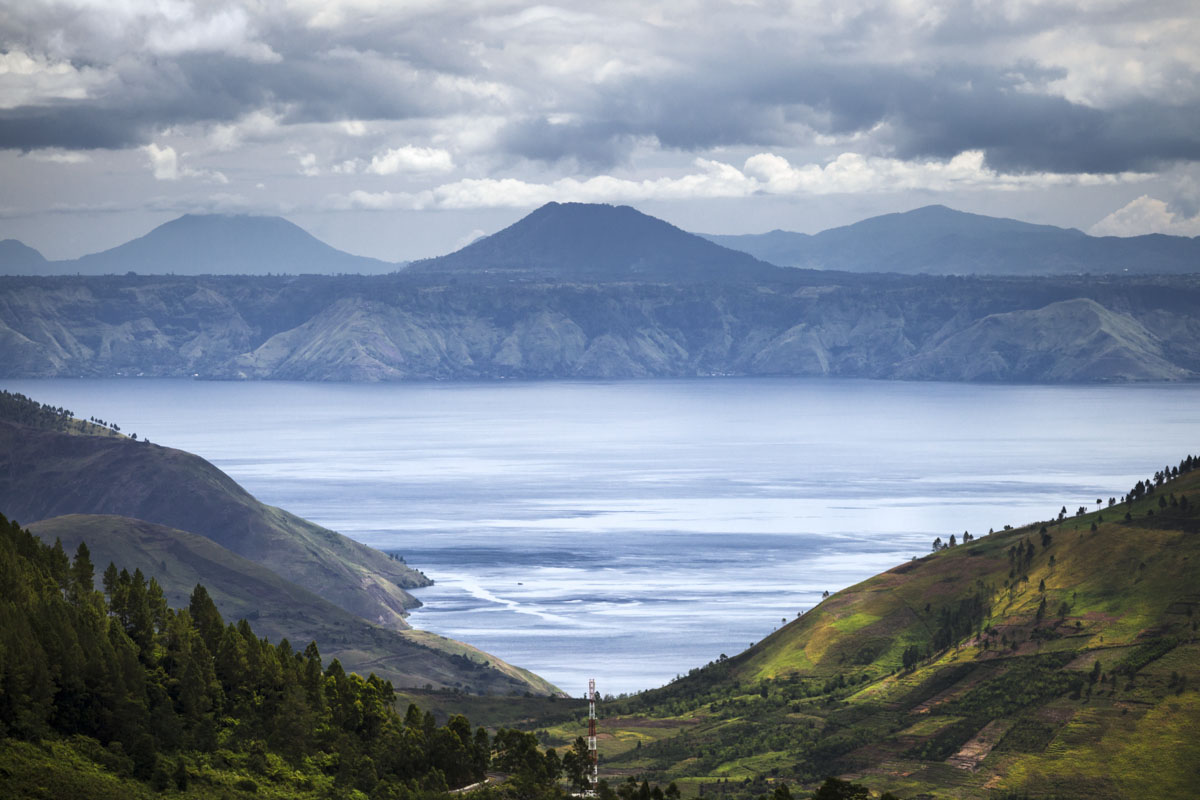 Gunung Leuser National Park is the largest wilderness area in SE Asia.  150 km long, over 100 km wide, its mountains provide wonderful trekking opportunities. The park's highest peak, Mount Tanpa Nama, is 3,466 m. The park is home to 80% of Sumatra's remaining Orangutans and a haven for lots of other wildlife such as the endemic Thomas’ Leaf Monkey. 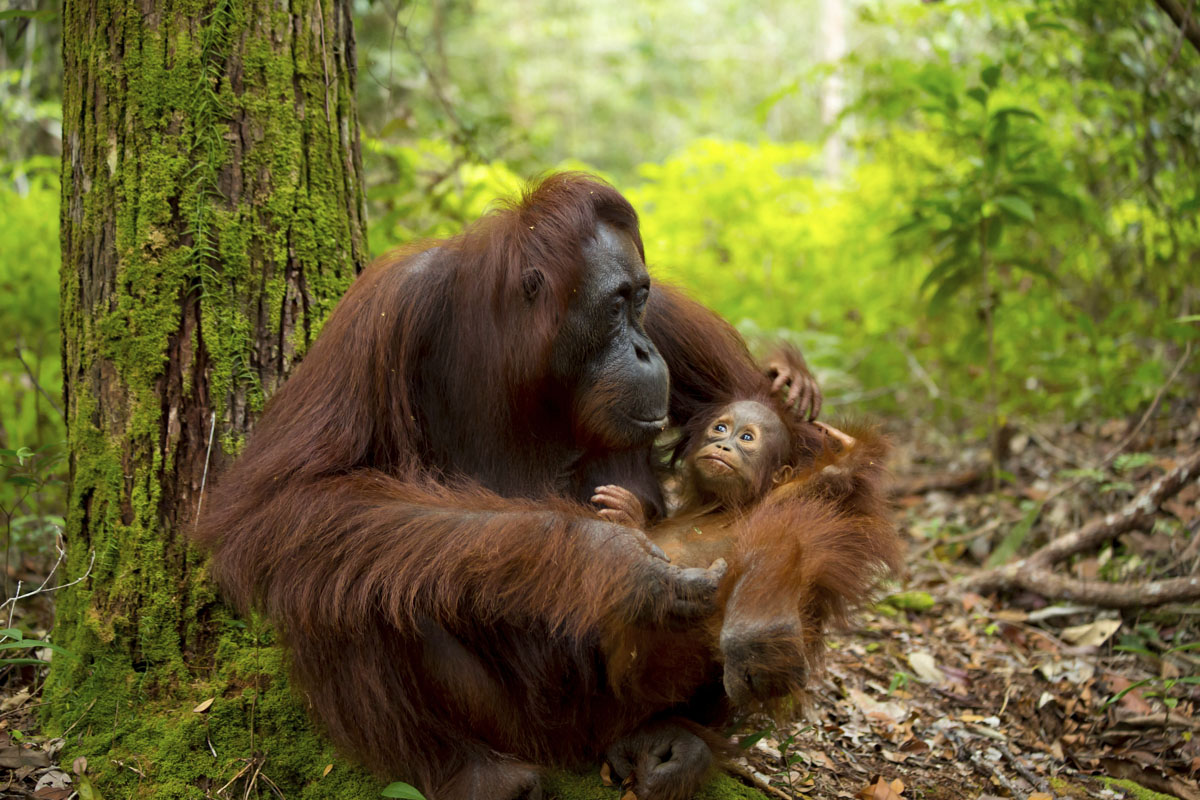 Way Kambas National Park is home to a variety of rare and endangered animals, including the Sumatran Elephant, Rhino and Tiger. You can witness some of the park’s extraordinary flora and fauna accompanied by an experienced local tour guide. There are special opportunities to visit the conservation and captive breeding programs. A managed breeding centre or Sumatran Rhino Sanctuary (SRS) was built in 1995. Half a dozen rhinos live at the sanctuary, most having been translocated from zoos to the large enclosures with natural habitat. You can also visit the Way Kambas Elephant Conservation Centre, home to 65 Sumatran elephants and help bathe them, play with the youngsters and learn about elephant care from the mahouts; then continue to Kalibiru Atas for a trek into tiger territory with expert trackers. There are only about 30 Sumatran Tigers left.  Kalibiru Atas is an active area where they hunt Sambar Deer. The chance of seeing Tiger is remote but you may find evidence such as paw prints. 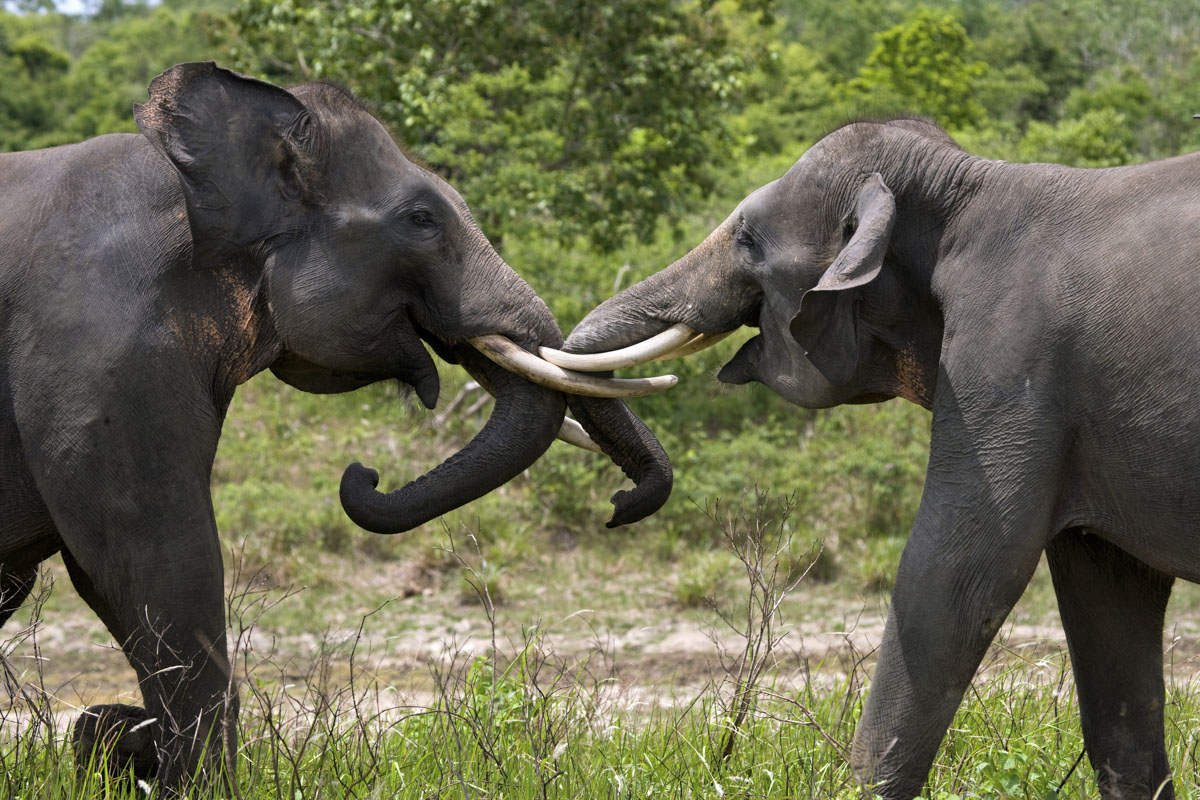