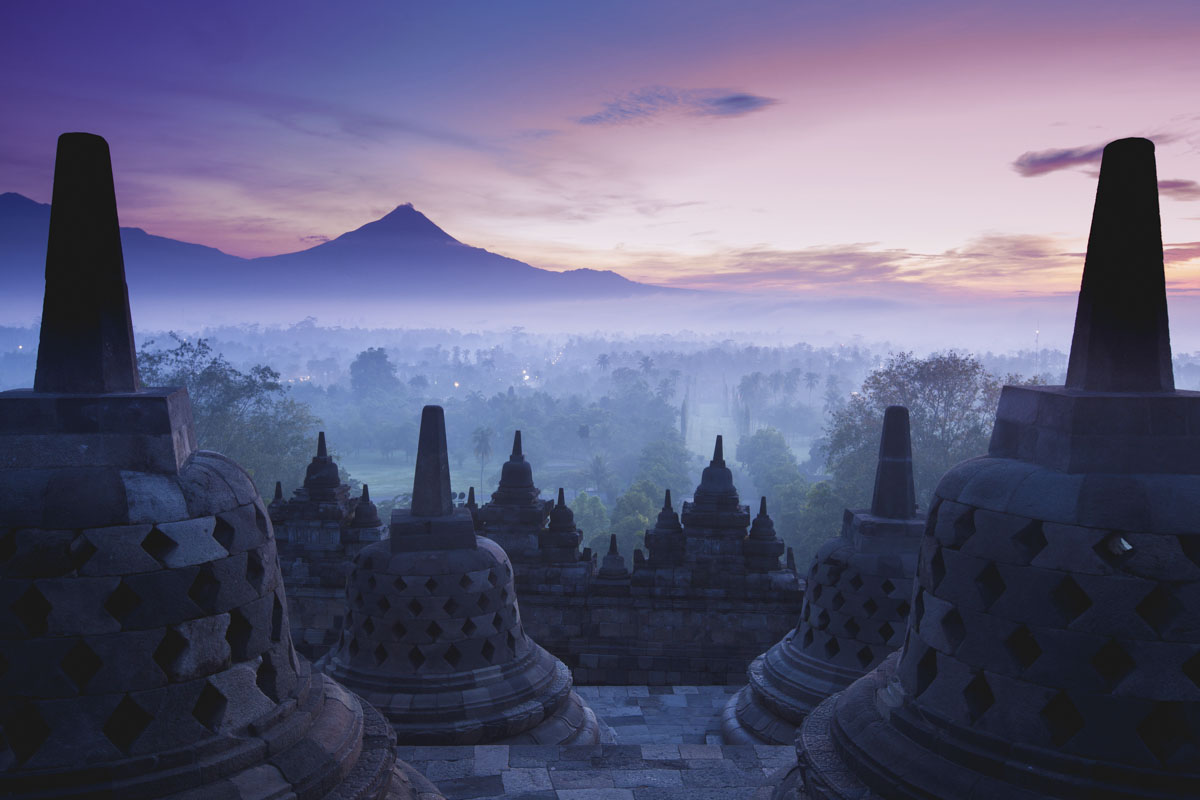 Java is one of Indonesia's biggest islands. At the western end is Indonesia's capital, Jakarta, a gateway for many of the country's destinations. The central and eastern parts are perhaps most famous for their cool highlands and culture, including the largest hindu temples in the world. The far east, which is a short ferry journey from Bali, is Surabaya, a kick-off point for Mt Bromo and famous national parks.

Java is also famous for other volcanoes, from Krakatau in west and also Ijen and Mt Bromo in east Java, the spectacular sunrises, colourful blue lakes, yellow sulphur and cloudy vistas are a photographer’s dream.

With some of the largest hindu temples in the world, Yogyakarta is an extraordinary destination that’s enroute to other experiences via Jakarta or Denpasar.

Located at the foot of the active Merapi volcano it was the seat of the Javanese empire of Mataram in the 16th and 17th centuries. The area is particularly famous for its silver-wear, batiks and leather. Getting there is easy, as there are daily air services from Jakarta, Surabaya and Bali. 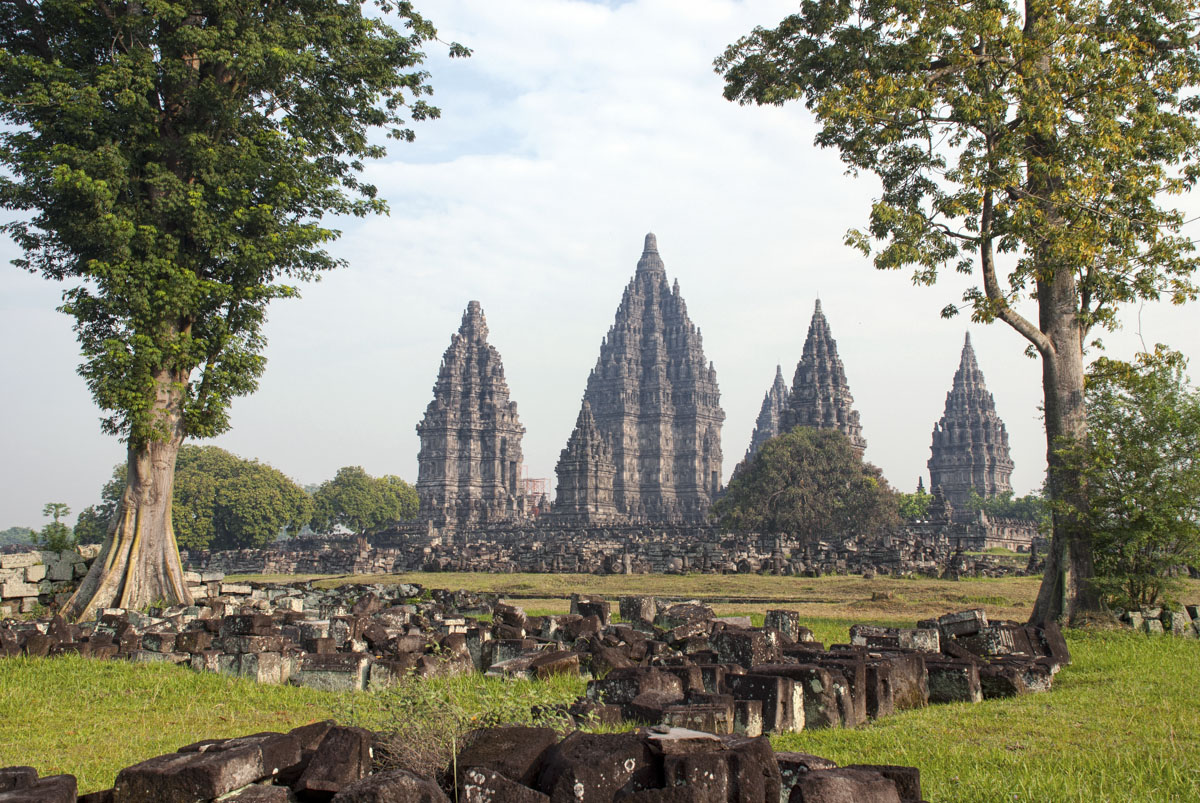 Mt Bromo is situated in east Java and easily reached from Bali, via a short ferry journey.  It’s not far from Surabaya, Indonesia’s second-largest city. A visit to Mt Bromo can be readily tacked onto a Bali trip, as the region can be reached by ferry.

For the more adventurous, there’s the chance to visit Jomblang Cave near Semanu. After being strapped into safety equipment, you are lowered 50m into a hug sinkhole. 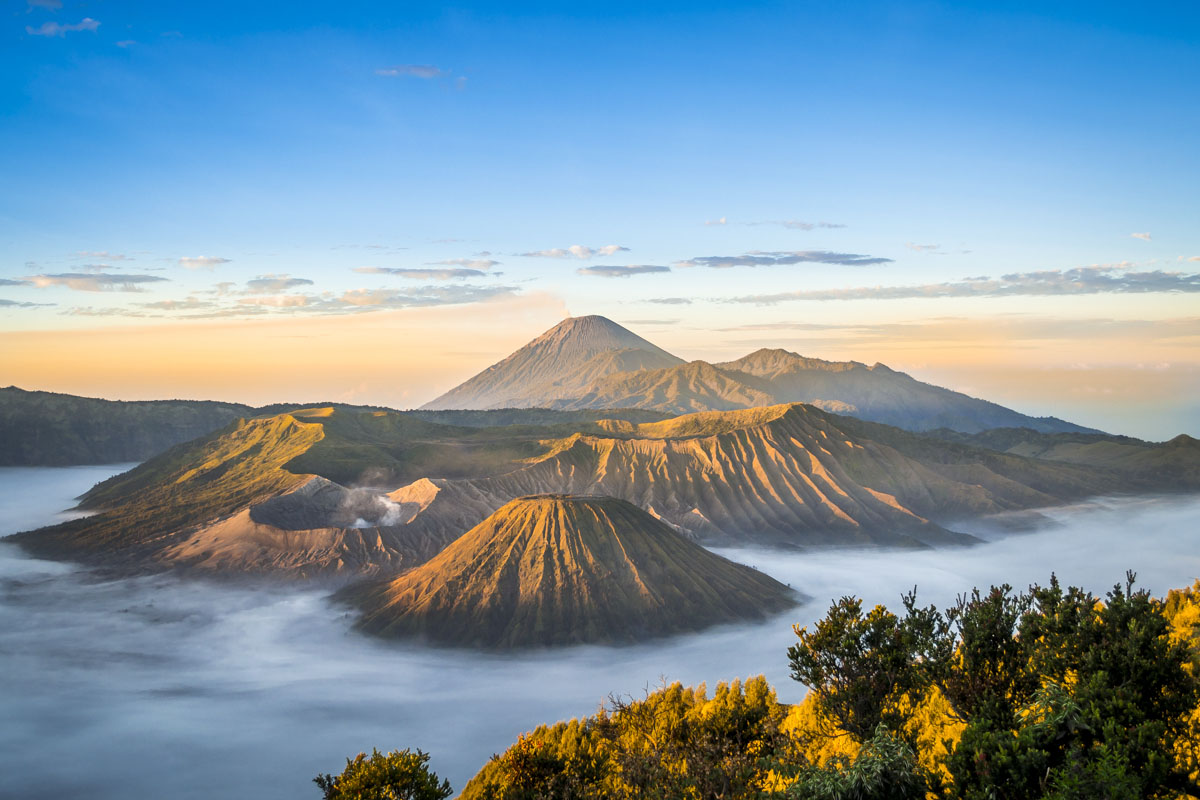 Mt Bromo in east Java. One of the most photographed volcanoes in the world.

On the south western of the island of Java, where the vast expanse of the Indian Ocean and equatorial waters of the Sunda Straits merge, is one of Indonesia’s paramount national parks, Ujung Kulon. Rich in wildlife, it is the home of the critically endangered Javan Rhinoceros and holds the status of World Heritage (natural) site. Nearby is the infamous volcano Krakatau.

Getting there and away

The modern and spatious Jakarta International Airport is the main gateway. Garuda Indonesia depart Australia in the morning and sites such as Yogyakarta can be reached by that same afternoon. Some visitor may also choose to fly into Surabaya from the east or take the ferry from remote and beautiful Bali Barat. Depending on your arrival time, someone will be there to pick you up and transfer you to your hotel or for your onward journey.

Where else to go

From either Jakarta or the main regional airport of Surabaya, you can quickly reach almost any destination in Indonesia. So it's possible to combine a Java trip with almost any other itinerary.